The history of Ratton goes back to the time of the Doomsday Book where it was known as Radeton (mening Roadtown). This is probably as a consequence of the Roman Road running from Regnum (Chichester) to Lemaris in Kent which passed through Willendone (now Willingdon). From records it is clear that the history of Ratton goes back to Saxon times, something that resonates with the recent excavations on Ocklynge Hill. 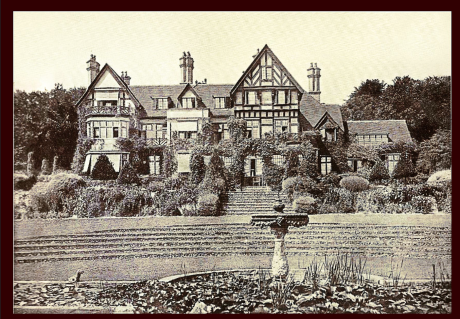 Monks from the Abbey of Grestein (Normandy) resided in the Old Chapel in Ratton  in the 1500s and planted 12 Yew Trees known as the 'Twelve Apostles' in a parcel of land, now known as The Grove. There is a myth that exists to this day that they put a death curse on any person responsible for their destruction.

Then Ratton was owned by the Parker family but is perhaps best known now for the splendid Georgian Estate  (see photo above) built on these grounds by the Willingdon family; the house was destroyed by fire in 1891. Now a residential estate ,the footprint of history can be seen all over Old Ratton and here in this section we have tried to highlight just some elements of this  past.